SuperMedia Ships Jobs to India….. but Scott Klein Got His Bonus!

Have you seen the latest headlines about SuperMedia? (on October 5th 2010, SuperMedia CEO Scott Klein resigned, visit YellowCrooks.com’s forums for more info and participate in the discussion.)

SuperMedia, the company that publishes the Verizon Yellow Pages, is laying off 150 employees in St. Petersburg and shipping the jobs to India.

Idearc / SuperMedia has been trying to emerge from Chapter 11 bankruptcy and sees the outsourcing and layoffs as a cost-cutting move.

About 245 people work for Idearc at its phone directory business at 10200 Dr. Martin Luther King Jr St. N in the Gateway business district of St. Petersburg.

Idearc said it will keep about 90 people in St. Petersburg as it transfers much of its publishing business to Tata Consultancy Services of Mumbai. Idearc plans to hand out severance packages as employees are dismissed in phases through next December.

“There are no surprises. In November, we told the staff in St. Petersburg what was happening,” company spokesperson Andrew Shane said. Idearc is also slashing jobs at phone book publishing operations in Los Alamitos, Calif., and Everett, Wash.

Based in Dallas, Idearc spun off from Verizon in November 2006. The $3 billion company distributes about 127 million phone books and owns Superpages.com.

The phone book business has been shrinking at accelerating speed. Between 2005 and 2007, the number of Yellow Pages printed shrank by 1 billion to 13.4 billion industrywide. In a plan circulated to creditors, Idearc estimated its printed book revenue would be cut by more than half to $1.6 billion between 2004 and 2013.

Kinda funny. Internally Idearc is going to list Paulson & Co. as an investor on the site. Idearc forgets that Paulson picked up its share of Idearc for pennies on the dollar. Meanwhile if you noticed what Google was considering purchasing YELP for, it makes me laugh at the markets evaluation of Idearc. Just in-case you are not familiar with the situation, SuperMedia (formerly Idearc, which was formerly Verizon Information Services, which was formerly Bell Atlantic & GTE Yellow Pages) is emerging from a pre-planned bankruptcy.

Scott Klein, like many crony CEOs and Executives, has “lined his own pockets,”  and has “feathered his own nest” by hiring “cronies.”

It was obvious to me that Scott Klein planned bankruptcy the moment he took over Idearc in June of 2008. What folks from the investment community are unaware of is the example of corporate leadership that he has set since he took over reins as the companies CEO. SuperMedia (still working on getting used to saying the new name) operates on bi-weekly pay cycles. Media consultants and earnings are rolled in periods consisting of two weeks called “Pay Periods.” During the first part of 2009, Scott Klein instructed sales managers not to report losses (decreases and cancellations) for Pay Periods 12 and 13 of 2009 to make sure that “upper management” would get the semi-annual quarterly bonuses. SuperMedia sales reps were instructed by management not to report cancellations or decreases in order to make sure that the crony executive team and mid-level managers qualified for the incentive payouts for the period ending pay period 13. I was very disturbed by these actions as an Idearc media consultant. You see, as a yellow pages publisher, it is easy for SuperMedia/Idearc to manipulate the revenue that it reports to investors. All Idearc executives need to do to meet a bonus period is wait to report losses and cancellations. What was even more unique was that these instructions also included direction from executives on reporting the losses on pay period 15 and not dumping them all in pay period 14 which was what you normally saw while they reported earnings to Ivan Seidenburg at Verizon. I assume the company’s Board of Directors was paying close attention to this potential manipulation.  Now let me state that I specifically recalled this happening on a few occasions while at Verizon. The difference with Scott Klein, it was a directive that was company-wide and only a few months after him taking over. Maybe he was just taking advantage of the “quiet period”? Post bankruptcy, Idearc is no longer going to be financially liable for these actions and ramifications to retirees and investor’s 401k’s, pensions, and stock portfolios.

Did Scott Klein purposely default on the companies credit facility debt to enter into bankruptcy? Considering the amount of cash on hand to make the payments….. YES HE DID! That is one of the reasons the company was sued in January and April of 2009.

I am confident that the personal lawsuit against Klein and his executive team will have a dramatic impact on the future of the organization. Just as Mike Leach is no longer the coach of my beloved Texas Tech Red Raiders for his actions, I am sure that Scott Klein will no longer be the leader of SuperMedia in the near future. If Paulson does not take control of the company and put someone more capable (such as Scott Laver) at the helm of SuperMedia, it will sink faster than a torpedoed ship. It is time for SuperMedia to cease crony executive leadership and “YellowCrook” WallStreet stock manipulation. Time to come clean. Time to become more creative. Time to make a commitment to become “SuperMedia” vs just lip-service. Time to put clients and service above sales and earnings. You build it….. they will come! You get the idea!

From 2004 to 2010 Idearc Media will shrunk from 3.5 billion to approx 2.5 billion. From 2010 to 2013 the company is projected to shrink another billion. Considering the company is doing a poor job of competing in a fragmented local search market and the usage of print directories is expected to drop even further (thanks to a wonderful tool such as the mobile web browser) I would expect to see continued outsourcing and cost cutting measures. The unfortunate thing is the company has many of the tools and people it needs to turn around, but with continued mismanagement from executives who do not fully understand what business owners want in a local ad agency, I foresee continued client churn and lackluster results in competing against other internet marketing offers.  Idearc does not seem to understand that you can not put an axe over a clients head to keep or pay for a poor performing internet product. The axe that the threatened local advertisers with to convince them to keep their placement in the print yellow pages does not work online. SuperMedia’s SMLocal product is, in most situations, a 12 month contract (at least the sales reps push you to sign for 12 months, thereby locking you into the companies costly management fees) and that just does not work for an internet offering. Why 12 months for Internet Advertising that can be changed daily, unlike a printed yellow pages advertisement. The company does not offer the client the ability to own the work and campaigns it creates on Google or Yahoo search engines. If they build your website, you never own it. Ownership is possession even after cancellation. In the event the company fails to fulfill the promises delivered to you by sales representatives, you are still required to pay for management fees, since your sales representative was paid a commission. I call these sales “Monopoly Money.” They look great on paper (considering a $2k/month budget for clicks and $800.00 per month management fee is really only $800.00 per month to report to investors) but horrible after they are reported. Maybe they need to just report sales on the monies  it actually collects from advertisers vs just the ink on the contract. Maybe they ought to pay “Media Consultants” for revenue and service to clients vs ink on the contract? Of course we know that when you are a large organization, with a very large resource of collections attorneys and agencies, it helps to work with ambiguous contract terms and conditions.

Once the company addresses core issues with its product offering,  if resolved, (although the company may potentially give up something financially in the short-term,) they will gain long-term in reputation and reduced client churn.The company needs to get web developers and marketers in the field vs sending web development work to India. You will be amazed at the difference a search engine marketer, a local CMS based website developer, and client can produce together vs a “Indian” (are folks from India called Indians?) website developer. After all, website companies that have margins like print yellow pages companies, are doomed for failure. How can they compete with local boutique web marketing firms? How can they produce the same level of service and attention to detail? Do all businesses need this level of service? I don’t believe so. I just don’t understand why a client would choose something else? The reason churn is high in a fragmented local search market: Clients have options! Unlike the print industry, which is dominated by major players, unless Google puts out a simplified internet offering, people will continue to see fragmentation in local search. Kind of like the fragmentation the yellow pages industry has experienced since the decline of print (thanks to the  increased amount of competition in the space.)

You piss off your client = You lose your clients investment for future years. You lose a client, you run out of options to replace them.

Over the years, Idearc executives discovered new options to replace the clients it lost as Verizon by recently changing the company’s credit policies. If folks owed money to Verizon Information Services, after a certain period of time, the balance was forgiven by Idearc. This was, what I consider, blatant attempt at earnings reporting and manipulation. Why would you give someone who has never paid you a dime for advertising a second chance? Oh, I know! You want more monopoly money on the books to get your bonuses! Those contracts that your sales reps bring back in the office, you know… the ones your talk about in meetings and management conference calls, do not mean anything to investors like Paulson & Co. They do not mean anything to clients. They are only important to commissioned sales reps and crony executives and managers looking for fat bonuses…..reminds you of other Yellow Crooks huh? Like the folks at WallStreet Banks and Countrywide Mortgage/Enron Executives?

Let’s see how long this kind of leadership continues?!

Let’s see if someone investigates what happened in Pay Period 13, 14 and 15 of 2009, or if the company’s executive and mid-level managerial leadership gets away with another form of corporate fraud.

Maybe SuperMedia needs to consider firing sales reps who get paid to produce “Executive Bonus Monopoly Money” and begin hiring Search Engine Marketers who can service clients local search marketing needs, you know, since the internet is the wave of the future and all?

Here is to Idearc…. errrrr, I mean SuperMedia and Scott Klein…..

May 2010 be a great year. The lives, careers, and financial freedom of thousands of Media Consultants is on your shoulders. May you make choices and decisions that positively impact your clients, employees, and investors. Let’s end the old tricks of the yellow pages industry.

too bad 7 out of 10 people prefer not to get another phone book and the phone book companies don’t care. Meanwhile we must dispose of the waste ourselves. OPT IN vs OPT OUT! 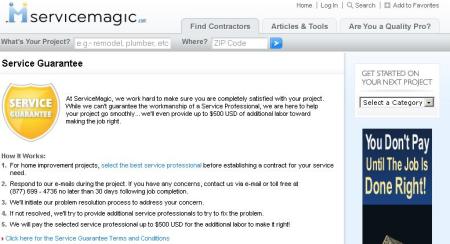 Here is the Scott Klein Lawsuit:

This entry was posted on Sunday, January 3rd, 2010 at 10:44 pm and is filed under Advertising & Marketing, Complaints & Scams, Dallas - Fort Worth print Yellow Pages, DaLLAS area news, Dallas Search Engine Marketing, Local Print Yellow Page Company Information, Politics & Government, YellowCrooks.com Information. You can follow any responses to this entry through the RSS 2.0 feed. You can leave a response, or trackback from your own site.

30 Responses to SuperMedia Ships Jobs to India….. but Scott Klein Got His Bonus!